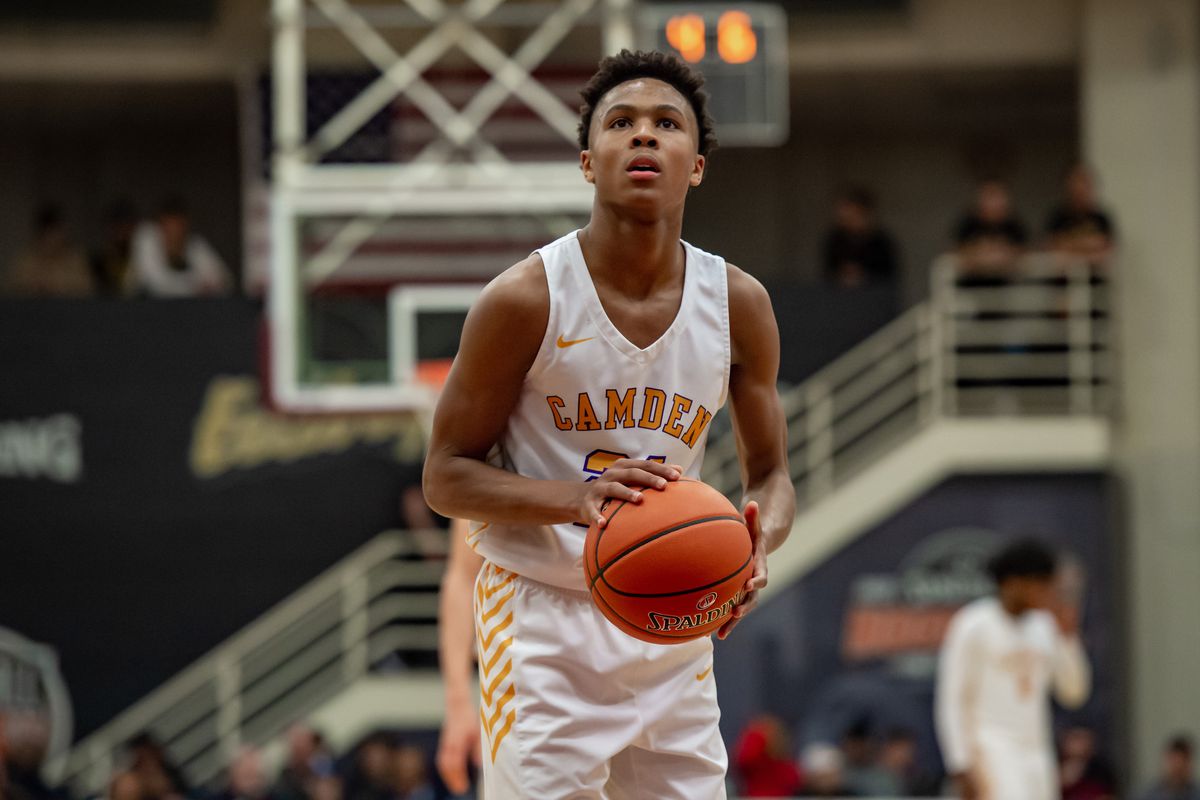 Dajuan Wagner Jr has a chance to become the first 3rd generation NBA player ever after both his grandfather and father played in the NBA. If genetics are part of the calculus, neither had noteworthy careers. Dajuan Sr’s career was cut short by health issues, but even when healthy at the start of his NBA career it was pretty underwhelming. Dajuan Sr and Dajuan Jr’s games seem very similar to scorers who do nothing else. 19.8 ppg, 4.3 rpg, 3.1 apg and 3.2 spg were Wagner’s Jr year stats. His EYBL stats were a little better for assist at 20.3ppg, 5.2apg, and 3.5rpg while shooting 35% from three. He only shot 65% from the line though and didn’t get there much at 3.8 attempts a game in 32 minutes. That’s a little troubling if he’s not going to be an elite shooter and how he scores efficiently if he doesn’t get to the line much or make them. He measured 6-1, 152 at team USA this summer and while there is probably more of a place in today’s NBA for a 6-1 scorer most players this size do not get drafted highly. He needs to grow some more or learn to facilitate I think to get serious consideration as a high-end lottery pick. I saw nothing that screamed future star at this point or make me want to spend a high lottery pick on him.