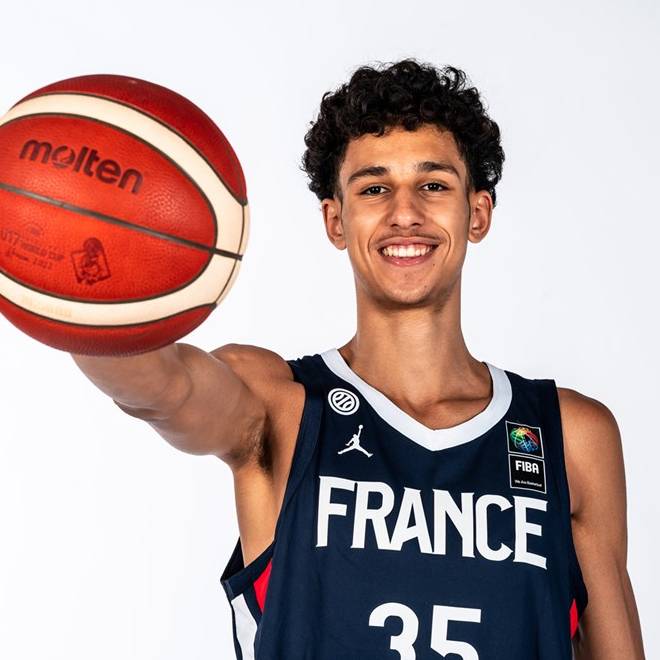 I thought Risacher’s ballhandling and smoothness were better than anyone 6-7 to 6-9 I have watched in this class. He also moved his feet well on defense, and a nice first step combined with the ball handling got him to the rim a lot where he had nice body control. He seems to be lacking in explosive athleticism which is why he’s not even showing up highly in European Rankings. He averaged 11.1ppg, 4.1rpg 1.9apg, and 1.1spg over 39 games last year in various European leagues last season. He even got on the court in 3 games in the Euroleague. It’s pretty impressive stuff at his age and overall he shot 32% from three from the international line, 73% from FT with a 15.8 PER, .537 True Shooting, and 91.0 Defensive Rating which is believable the way he moves his feet at his size. He also averaged 10ppg and 7rpg and 3.2spg in the World Cup for France. I think NBA teams will ultimately shy away from him without the explosive athletic ability but I’d draft him higher personally. He’s the sleeper of this draft IMO and someone I will be watching to climb boards.