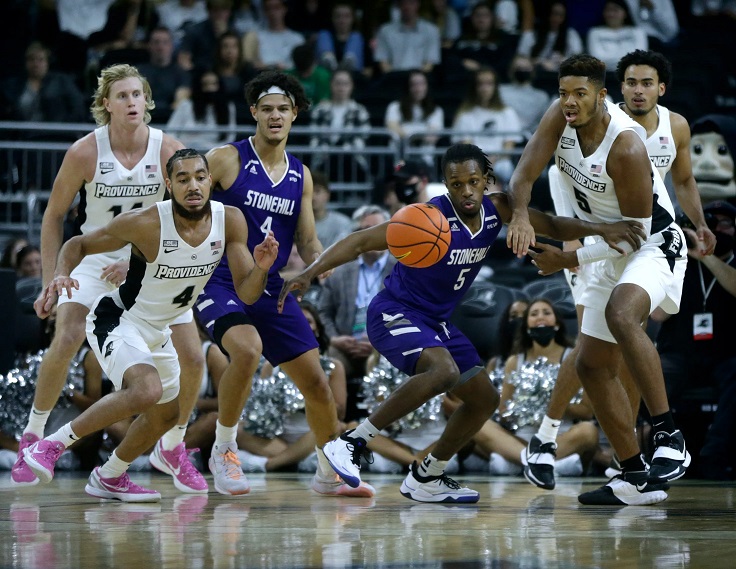 I’ve always found teams moving up to D1 interesting, but the migration has varied greatly this century from year to year. There have been as many as 9 teams added in just one season (2011), but there have also been multiple year stretches where zero teams were added from 2004-2007 and 2014 to 2019. We are currently in a growth period. From 2019-2022 eight teams have been added. This season Division 1 will welcome the biggest induction to D1 in the last decade with 5 new programs to grow to 363 overall.

With the transfer rules changing and the overall amount of transfers accelerating from around 900 to 1800 in the last 5 years, this is a much different time to make the move as well. Teams moving up have much greater access to immediate D1 talent though the portal than they ever had before. Roughly 70% were getting waivers to play immediately even before the rule change.

It is a two way street though as these D2 schools also have had to protect their talent as well from D. Many D2 schools are being raided for their stars in what is becoming a farm system. Almost half of the D2 All American last season were poached to D1 this season. This includes an All American from Queens who are one of the teams we will talk about moving up to D1 this season.

Let’s first take a look at some of the recent additions to gauge what we might expect.

Last season, we even saw our first D3 program make the leap directly to D1 with St. Thomas. With a first year #314 NET they were better than 44 established D1 teams in the final rankings which says something. That’s after only playing 7 games the season before and not adding anyone new that was a significant contributor, while losing a couple. It was basically the same core roster transported from D3 to D1. St Thomas was one of the top D3 programs, but it was still an impressive showing. D3 doesn’t offer scholarships, so when you can roll into D1 with the same team from D3 and beat a top 200 team and have a respectable showing and year better than almost 50 D1’s it’s a pretty cool entrance.

Bellermine made the move just 2 seasons ago and have already become the most successful newcomer t D1 since 2015. Here are their 1st two seasons in D1.

They won the ASun conference tournament and would have went to an NCAA in just year 2 had they been eligible. (Stupid rule) Cal Baptist (206th average NET) and Merrimack(246th average NET) are the two other programs that have posted winning records overall of the movers since 2015. Cal Baptist being the next most impressive playing out of the WAC. Merrimack won the NEC regular season in their first season but were not allowed to play in the conference tourny to save the situation Bellermine was in. Tarlton State is just a few games under .500 also playing out of the WAC, with Billy Clyde of Kentucky fame coaching them.

This season the program moving up I have the most hope for making an impact is Queens University in Charlotte. This is a program that has been a D2 powerhouse in the two tenures of Bart Lundy. Lundy guided them to 2 Final 4’s and a couple of Elite 8’s, one each in each tenure. Last season they were one of the best programs in D2 going 30-4 and to the Sweet 16. They have also been very competitive with D1 programs in recent history having beat Howard by 14 points and losing by 1 to George Mason and 12 to Belmont 2 seasons ago when they weren’t even as good at 16-6.

In a move, I do not fully understand, Lundy left Queens where he coached from 1995-2003 and then from 2014-2022 to go to Milwaukee this off season just as Queens announced the move to D1 a few months prior. You would have to think after seeing Bellarmine’s success in the ASun Queen’s with Lundy would have been positioned for a similar splash.

One of the future articles I’m working on is ROI and Milwaukee has money, far more than their results would indicate. In the last 4 seasons, their budget is about 155ish, while their Average NET is 302nd best. This and the fact they will be eligible for the NCAA’s unlike Queens for 5 years seems like the catalyst. The potential is there for a better-funded program. Still, Lundy went to school in North Carolina, and coached NC schools for 23 years, including 17 at Queens. It just seemed comfortable. The one time he left for High Point, it didn’t end well.

Replacing Lundy is his top assistant Grant Leonard, a first year head coach but at least one that was promoted with in and has been with the program since 2016. I think this move still allows the best chance for success in the transition. Unfortunately, they also lost D2 All American Jamari Smith to Murray State this off-season and his 18ppg and 7rpg. They do return their 2nd best player and 3 other main contributors, though. I expect Queens to have the easiest transition this season and the brightest longterm future with a good recruiting base in Charlotte and North Carolina.

The Screaming Eagles are a program that has made the D2 Final 4 as recently as 2019, but is coming off a season they were 18-8 and did not make the NCAA’s. They do return their best 3 players, one of which was a contributor at Youngstown State before arriving. They also added transfers from Michigan State, Nebraska, Kent State, and two Indiana State. None were that accomplished (most averaged a couple of points), but clearly, it’s a needed influx of legit D1 talent and 6 D1 transfers on the roster now. If Queens doesn’t make the biggest splash of the newcomers, Southern Indiana is the next obvious pick.

Texas A&M Commerce already beat a D1 team last season, taking out UTSA. They finished 17-9 and made it to the D2 NCAA tournament for the 9th time in their history, where they were a quick exit. Unfortunately, they only return one significant contributor to that team, who was a D1 transfer from Central Michigan. They were able to add a couple of transfers from Charlotte and New Mexico State.

Lindenwood was 12-17 last season in D2 and lost by 45 to Northwestern and 33 to Saint Louis. They also lost 2 of their top 3 players. They did however recognize the need for some immediate help and added 3 JUCO transfers and 4 D1 transfers. The best of which was Chris Childs, who averaged 11ppg in 2 seasons at Bryant. Childs is the most accomplished of any D1 transfer moving to any of the Newcomer D1 teams, but I’m not sure if it will be enough to make a big impact. I respect the effort to get competitive quickly, and I think it keeps them comfortably out of the basement of D1 at the very least.

Stonehill had a little better go of it last year than Lindenwood finishing 15-12. They lost by 24 to Providence in their only D1 action. Unfortunately, they do not have their updated roster, but I wouldn’t expect much from this season. They were able to add 2 D1 transfers, but neither of which is going to make much of a difference IMO. Nathan McClure averaged 6ppg on a 3-26 IUPUI team that was one of the worst in the nation last year. The other was a 2ppg guy for a bad team as well. Hard to expect either to save them.

I expect Stonehill will have the roughest go of all the newcomers and between Hartford transitioning down to D3 these are the two most likely teams to finish dead last in NET. That’s likely a battle for the bottom of D1 as best I can see. You still have to feel bad for Hartford and their fans now a couple of years into the process of breaking their program down. They made their first NCAA in 2021 and announced the move down to D3 less than 2 months later. It’s a school that produced an NBA All Star in its history. This year Hartford returns a few role players that are D1 quality, but that’s about it. One death of a D1, but multiple births at least to talk about.