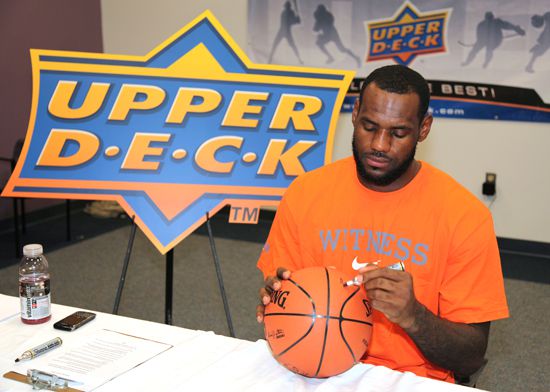 For years, I have watched Ben Simmons struggle as a player and have believed the root of his probems goes back to one fundamental issue, the guy shoots with the wrong hand. Simmons is actually right-handed but shoots with his left. I first came across an article in February 2016, his senior year at LSU, that pointed out that he naturally would finish around the rim with his right hand 81% of the time and left hand only 3.8%. It wasn’t a small sample either, at 265 shots. They took other samples of left-handers finishing at the rim to compare it to, and the numbers were virtually flipped. Even on plays, it was easier to finish left-handed, he would go across his body to finish with the right. He also throws long football-style passes and writes with his right hand. It’s obvious.

It’s a compelling case that Simmons was actually right-handed, and it was easy to see his natural instinct was to finish with that hand. With all the evidence and common logic would tell you 85% to 90% of people are naturally right-handed anyway, especially when he writes right-handed that he is shooting with the wrong hand. The knowledge of that always gave me concern about his long-term potential as a shooter, although I never expected anything at the time to the level that has since manifested. My expectations were that he would always be a low percentage reluctant shooter, not the total nightmare-level saga it has become for Ben Simmons. He seems mentally unable to even take the shots around the rim for fear of being fouled now.

Even Simmons himself admit early on before he got to the NBA that he believed he shot with the wrong hand, saying his father encouraged him to shoot and pass with his left hand but that it was “all natural now”. As a 14% career 3-point shooter that has only taken 35 total in his career, that statement couldn’t have ever been farther from the truth. It was malpractice whoever encouraged him to shoot left-handed. This revelation isn’t exactly news at this point as most of the NBA has caught up to this fact with Simmons himself was talking about how he believes he shoots with the wrong hand again just a couple of weeks ago.

The whole situation is unfortunate because he appears to be a broken player that will never have any hope of shooting the basketball, and it’s bleeding over into the FT shooting and dunks now. Mentally it seems like an even more difficult task to overcome than it has been for someone like Markel Fultz who never had to ask a fundamental question about if was he shooting with the wrong hand at least. It complicates whatever he is going through internally and is a real question that probably needs addressing to have any change to move past it.

He’s 26 years old, and it’s not unprecedented. Tristan Thompson started shooting with his right hand at 22 years old, but as a light jump shooting post player, who never had the same expectations of shooting outside the paint. Thompson was able to shoot a career-high 69% from free throws the following season, up from 60% the previous shooting left. Eight seasons later he’s landed exactly where he started as a career 60.5% FT shooter. It made almost no difference. While the change seemed to make no difference for Thompson. I think Simmons however, is past the point where it would be bad for him. I’m starting to believe he should try to shoot right-handed because what has he even got to lose at this point if he doesn’t take three’s, doesn’t take shots outside the paint, and has even started passing up shots/dunks in the paint for fear of going to the free throw line.

If he did switch it would probably give him a pass to be bad for a while and take some of the pressure off him. I think he needs that excuse to play more free. It’s also not like he can get much worse than 5-35 for 14% from three in 278 career games anyway or any of his other numbers on jump shots. He’s barely even taking 10% of his shots outside 10 feet from the basket. At this point, the change could be welcome. The Tristan Thompson experience shows that you can probably expect to hold serve on free throws, and Simmons is as much of a non shooter at this point as Thompson if not more so. There is probably at least some floor around 40% on FT shooting anyway even if a player shoots with the wrong hand.

This form needs reconstruction, so why not start over?

What is less known is that he’s not even the most famous player that shoots with the hand they don’t write or do anything else with predominantly. It was first 5 years ago in this interview that I learned LeBron James was a natural left-hander that writes, eats, and does everything left-handed. He said he started shooting with his right hand because he wanted to be like Michael Jordan and Penny Hardaway, but that he wished he had never switched because he thought left-handers were cooler today.

My mind is still blown by this fact 5 years later. It was all done aesthetically, but he doesn’t wonder what actual effect it had on his career.

Subsequently, I have also learned that Larry Bird, Russell Westbrook, Rudy Gobert, Bill Walton, and even Rafael Nadal in tennis also are natural left-handers that write lefy, but play right-handed. Kyrie claims he was lefthanded as well but I don’t buy that one. While I understand that some people are more naturally ambidextrous than others, I certainly believe there are different levels of doing things comfort-wise with either hand for some people. I still believe you have a more strong hand no matter how ambidextrous you think you are, everyone picks one, especially if you’re choosing to do a more meticulous task like writing with one specific hand that takes more precision.

Personally I can’t imagine ever shooting a jump shot with my left hand as a natural righty. I don’t think you can ever truly shoot a basketball jump shot better with your off-hand unless there is some sort of injury or never damage that forced the switch like Landry Fields tried to make. It just doesn’t make logical sense to me as you naturally prefer one hand to do everything else with every day and train that hand all day to do another task, an important ones like writing where precision in millimeters and touch are required and then just shoot with the other one.

It got me thinking about how much better LeBron and Westbrook may have been. Each had their share of jump shooting and free throw struggles. Obviously, they will go down as some of the all-time greats regardless, but I can’t believe there was zero impact on their shooting ability even if LeBron for example has had good outside shot some years, he’s never mastered the free throw shooting and is a career below averaged shooter in both 3 point and Free throws.

Larry Bird who writes left handed, might be the one exception, but hell, it probably even affected his shooting some. He played one game mostly lefthanded just screwing around to entertain himself one time.

Maybe if he shoots with the hand he wrote with he goes down as the greatest shooter ever. Maybe he shoots nearly 95% from the free throw line instead of 88%, or ushers in a level of three point shooting that didn’t exist sooner. Maybe instead of shooting 37% on three’s in his career he shot 45%. Bird was just a great kind of player that did a lot despite himself physically anyway.

What’s not talked about was that Bird made three pointers with a hitch in his shot you don’t see from more modern players. He just knew how to make it work and put in the hours of practice of practice that he could still be elite for the period. No one is saying you can’t have success jump shooting despite even shooting with your off hand. I think obviously LeBron, Larry, and even Westbrook at times have proven you can to different degrees, and that they are quite ambidextrous humans.

I still wonder what their careers would have looked like if they had settled on their more natural strong hand they choose to do everything else with every day as the one they shot with. It’s just weird they didn’t and for each of them there are cases like Ben Simmons or Tristen Thompson where is obviously hurt their career growth. There are probably dozens more than never got far enough to even know their name as well but for one bad choice as a youngster. Thats the more likely outcome.

I believe it still hurt even the ones that overcame it to there had to still some negative impact. Westbrooks is pretty obvious, Lebron’s FT’s and even his 3 pointers had a lot of room to be better. Bird could have been even better too. Even beyond the individual performance, players jumpshots come from different places stylistically as well. Even if the defense prepares for it, seeing 90% righthanders there has to be an adjustment and it’s an offensive matchup that can favor the lefthanded players who see more consistency.