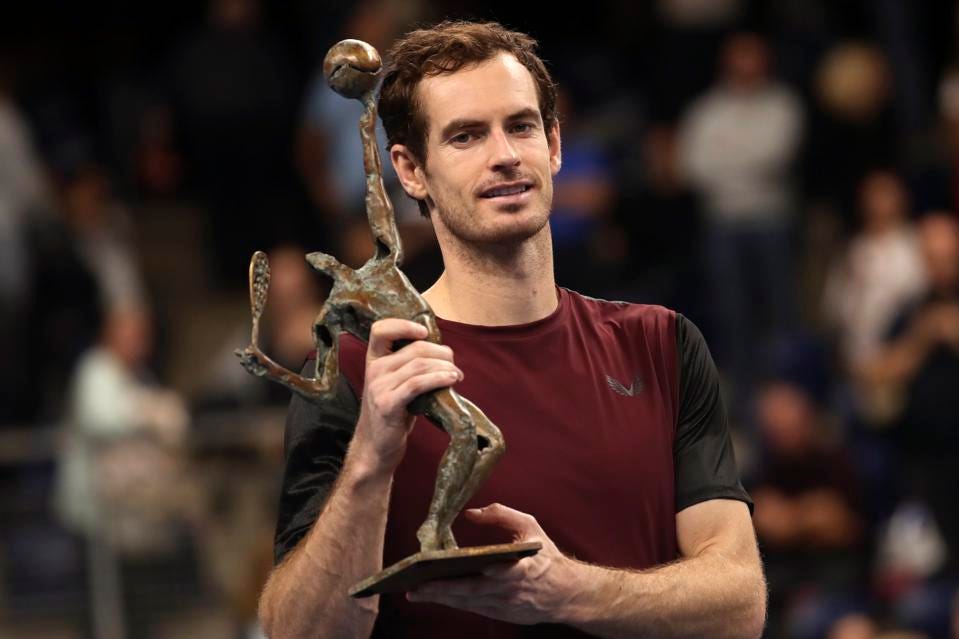 Don’t look now, but Andy Murray is ranked 43rd in the world and he has beaten Carlos Alcaraz, Stefanos Tsitsipas, Jannik Sinner, Hubert Hurkacz, Frances Tiafoe, Nick Kyrgios, Denis Shapovalov, Dominic Thiem, and Nikoloz Basilashvili(twice) all in the last calendar year. He is fresh off a 3rd round exit at the US Open in hard fought 4 setter to 13 seed Berrettini. It wasn’t a fluke either, as he beat the 24th seeded Francisco Cerundolo in straight sets in round 1.

At age 35 I don’t mean back in the sense he will ever be expected to be what he once was. Still to be back to nearly the top 40 in the world form at his age, coming off the injuries he sustained, is something to celebrate. Even if he had never had an injury in his career at 35 years old, to be ranked #43 in the world would be a respectable and reasonable expected regression anyway.

A few years ago, it was seriously in question if he would ever play again. Honestly, it was in question the quality of life the man might have after one unsuccessful hip surgery had already left him struggling to tie his shoes without pain.

On 11 January 2019, at a press conference just before the 2019 Australian Open, an emotional Murray announced that he could possibly retire from professional tennis due to struggling physically. He said that he had been suffering from hip pain on a daily basis and that it caused him to struggle with tasks like putting his shoes and socks on. He spoke of the possibility of second hip surgery, but expressed doubt this would be a viable option to prolong his career, merely allowing him to “have a better quality of life, and be out of pain”.He hoped to make it through to Wimbledon, but that the Australian Open could be his final tournament if he was not able to last until the summer, stating: “I’m not sure if I can play through the pain for another four or five months”.

They even had the farewell thoughts montage video after the match from other pro and retired players and it appeared as though that would be the last we saw from Murray.

To come from that emotional press conference to the point he is now is remarkable to see him smiling and having fun. Even when he first made it back, the path seemed to be just to play doubles for the love of the game and possibly go out on his own terms. Eventually, he saw the potential for more, and worked his way back even playing some Challenger Events.

So what should we expect moving forward? Considering he’s been to two finals this season and has beaten players mentioned earlier, he has beaten in the last year. It’s a who’s who list. Obviously, he’s a dangerous player still and a threat to make a deep run in the majors like an aging Jimmy Connors was. With his mental toughness and residual skill level, he’s someone I would think any pro would hate to see in his bracket. I think he has already accomplished what he wanted, but getting back to a top 32 seed in the Majors and playing into the second week I believe are now very realistic goals. With Federer retiring, It would be nice to see Murray still around as a relevant contender for deep runs. He’s really not that far off now.

Tennis Academy: When Do Tennis Players Peak
Carlos Alcaraz Ascent: A Comparison of Teen Phenoms
%d bloggers like this: