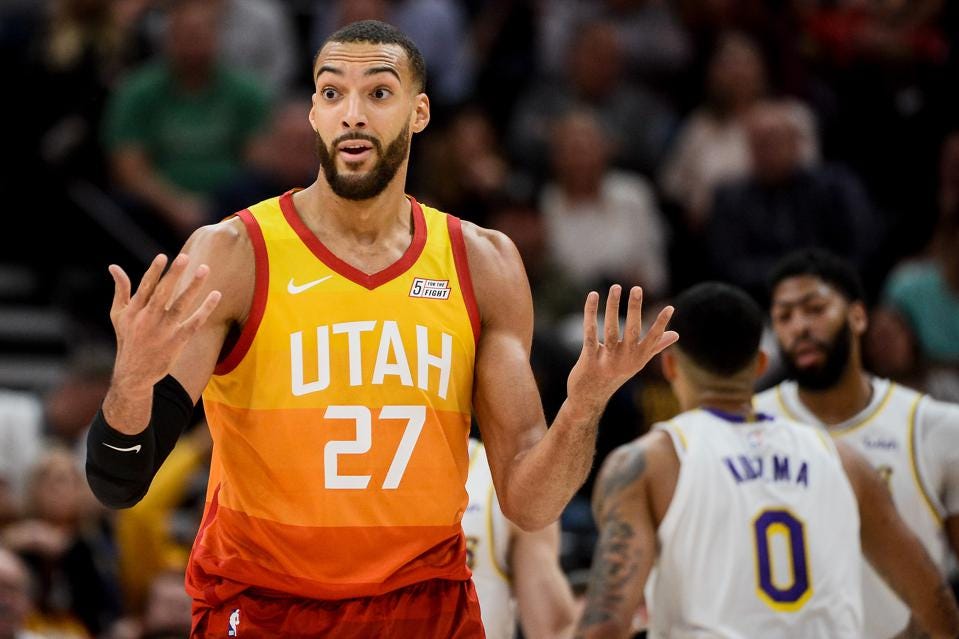 One of the wildest overpays you will ever see in my opinion. Tuck in and get ready for this one as we go through it.

The happiest team about this trade has to be the Brooklyn Nets. If Rudy Gobert can get you FOUR 1st round draft picks (essentially five with Kessler) as well as young proven players on value contracts like Malik Beasley and Jared Vanderbilt holy crap what should Durant bring back. The truth is this is just a terrible trade by the Timberwolves even before you get to the terrible fit of Townes and Gobert together. Good lucky trying to defend all the small ball lineups in the playoffs that close games with Towns guarding out on the perimeter. That’s going to look amazing I’m sure when he’s trying to guard Durant or Tatum or whoever at PF even if the Timberwolves could hypothetically get deep in the playoffs. At the very least teams would be smart to go small and test it even more than normal in the playoffs.

This comes from someone who doesn’t value the draft as much as most people, and that actually thinks Gobert is under ratted. In the combination of PER and Defensive Real Plus Minus Gobert was actually 4th in the NBA. They certainly paided for him like he was the 4th best player and it really makes little sense why you would pay this price for a 30-year-old who is a less than ideal fit at best. This is the Timberwolves as well, this could flame out quick and make those picks even better than what they already project to be in the best case scenario’s.

Obviously, I love this for Utah. I would have thought they did well just getting Beasley, Vanderbilt, Kessler and 2 picks. Getting 4 is unreal. They possibly can even flip Beverly for a decent 2nd rounder later. I thought Kessler was a steal of the draft and with his block rate he could even potentially grow into a defensive force Gobert vacates. Vanderbilt is a young, cheap productive player, and Beasley is a 25-year-old that just averaged almost 20ppg two seasons ago on a value contract. He doesn’t do a lot else than score, but he is a pretty effective scorer. Wolves F vs Utah A+

This trade is more cut and dry and I understand it for Indiana wanting to move on from a 29 year old Brogdon in a rebuild. This apparently was the best deal out there for him, so I can’t knock them too much. If other contenders out there were aware the Celtics would have landed him, maybe they would have made more competitive offers just to keep him out of the Celtics hands.

This is a huge get for the Celtics for basically a pick that projects to be in the 20’s and a bunch of junk. I’m not a fan of the other players in the deal. Even when I did the mock expansion draft, I had no interest in Nesmith. For the Celtics it gives them another smart strong defender who can shoot and do a some stuff with the ball. Brogdon isn’t spectacular at anything but he’s pretty solid at everything. I like the Celtics a lot more after this trade. They were already on the age progression line where they should improve anyway, but adding Brogdon to their team potentially makes them the early favorites next season, as Golden State is on the other side of the age curve. We’ll think and talk about this more in the next few months but this was a big day for Boston. Celtics A vs Pacers C+