NBA One and Done: Lets Get Real 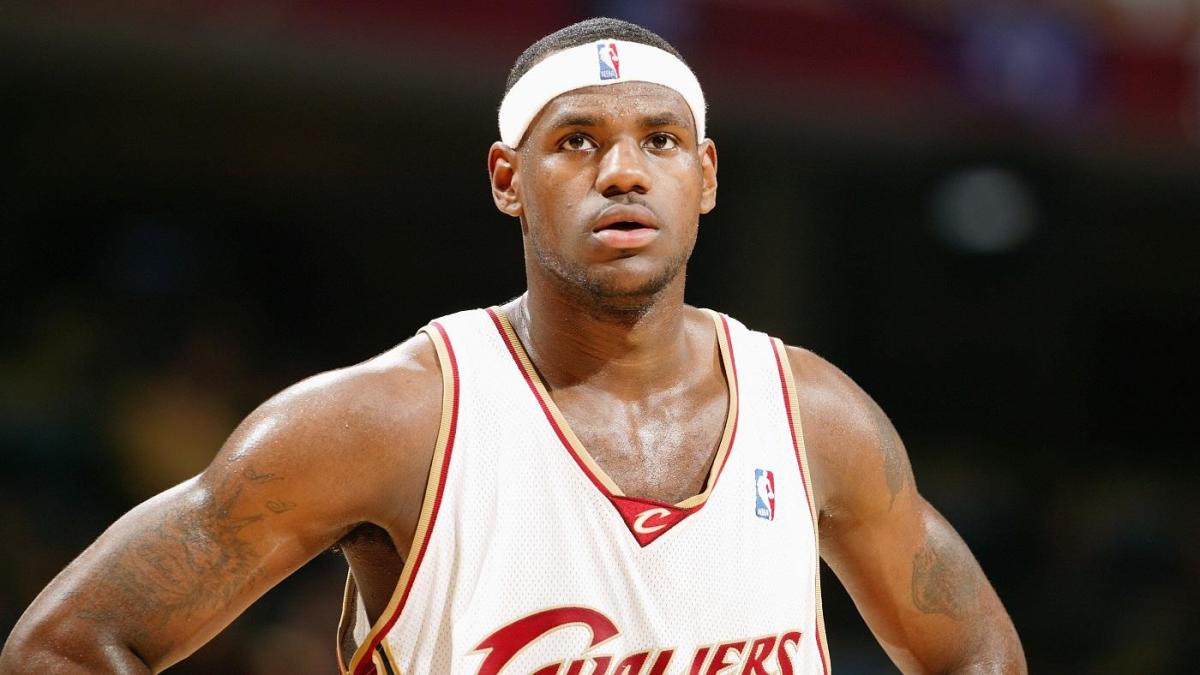 This system is stupid and there is talk about changing the rules for 2024. If you can get drafted into the military at 18 years old, you should have the right to put your name into the NBA Draft. Yes, it’s a private business that should be able to operate however it wants, with whatever qualifications it demands entry. That said, it’s not like they don’t want these players, especially the elite prospects, and to get them under team control as early as possible. Look at the photo of Lebron, he was ready and many 18 year old basketball players can play at the NBA level. It’s not like it’s engineering or medicine where you need qualifications. No one is at risk.

The NBA just wanted the educational system to be the farm team and take on a development season(s) for the prospects, a level behind the elite ones. They didn’t want to take on the variance of drafting them with no high-end film and in past putting them on the end of the bench. Yes, they had a Gleague in later years, but they were never going to send the lottery picks for the most part to the Gleague, just for value hurting perception even if it would in reality have been a much better place to develop players than college basketball. At least that part of it is now changing some with Gleague Ignite, and teams were more willing the last decade even before. That would certainly help if the one and done rule is abolished.

College Basketball and the NBA are different games with different rules. Important rules like a longer 3 point line, shorter shot clock, more fouls, different travel rules etc. College with all it’s overbearing micro-managing coaches and split focus school and games was never actually the ideal path for true can’t miss players. For a player like Kobe Bryant having to sit in College Algebra and playing the college game would have been a waste of time. Of course, college teams have been glad to get whatever piece they could have of prospects like that, even for one season. They could slap Kevin Durant’s likeness on a video game back then. The NIL is at least changing that and making college more of a viable route for some prospects.

The biggest problem I have with it is players only have a finite number of years they can even earn. If you have a 10-year career you are fortunate, even one year is a huge loss. 10% of your career earnings. You could have been essentially robbing them of a year they could make millions, especially get to that 2nd contract sooner etc. The myth that players stay in school and make themselves more money was always garbage for most players. Sure you could point to a few examples their draft stock was raised, but for most that was far from reality.

Each year you age, you become less attractive in the draft. Everyone expects players to get better year over year until they are 25 to 27 as a general rule anyway. That especially is true from 18-22 when the biggest gains are expected. You really have to improve above and beyond to justify the effect aging and the detriment it has on draft status. Most never make up for the opposing negative and teams want to draft teenagers, not 20 somethings. It’s that simple, most franchises will take the unknown teen more than the 21 year old more known in the draft. They have exhausted their improvement windows, and there will still be questions if that was just college numbers. Doing it in the NBA and sooner is always most important, especially for the 2nd contract. It certainly won’t matter then, with 3 or 4 years of NBA resume.

My thought has always been If you are actually good, the NBA will find you eventually. It doesn’t matter where in this world you are from, where you went to college, it doesn’t matter when you really came out. If you are worthy of the NBA they will kick the tires at some point, and you will have that opportunity. If a player can’t make it in the NBA, they were never going to make it anyway. Any players that came out early from high school and busted were always going to bust anyway. If anything, the younger you are when you make the move, the more chances the franchise will give you. As you get older, your actual chance they will invest time and money into you lessens greatly. Also being in an actual NBA ecosystem around professionals and practicing vs them, seeing how to conduct themselves, with NBA training table advantages, with 100% basketball focus and not college classes would all be better the chance a player makes it than going to college.

The entire reason the one-and-done was established after players like Kevin Garnett and Kobe Bryant started breaking the established norms wasn’t for the benefit of the draftee. It was always for the benefit of the NBA, both on the team side and for aging players. The Players Union certainly didn’t want to see 18 year olds taking jobs from 30 somethings. They wanted to milk that train as long as possible, and for more money as a vet. The NBA teams found the more information the better for them making these multi million dollar draft choices. The choices were already high-bust risk anyway, at least with a year of college you had a more developed player a year older with higher level film to evaluate. They were farther along the path and easier to see.

Just from this last year’s draft an obvious example is Patrick Baldwin. He would have been a top 5 pick out of high school, instead of the last pick in the 1st round after Horizon level players punked him. I’m actually surprised he even went that high. The only people it really screws are the top high school prospects. With the one and one rule if you are a Shadeon Sharpe level of high school recruit you were actually better to not playing. If you had a draft ticket somewhere in the top 10 it’s better to not give yourself the opportunity to be exposed. The amount of Robert Swifts that could have made millions and got screwed out of cashing in on their stock while it was high out of high school is substantial. That’s not even including the risk of getting hurt like a Bol Bol.

All of these players would have been lottery picks, most high lottery picks given where there stock was coming out after high school. Some weren’t even good college players much less ever did anything in the NBA. Not being able to cash in when they had the chance cost them millions.

I’ve seen articles stating a player like Swift should have gone to college, like that would have changed anything other than him losing millions. He had more opportunities to succeed in the actual NBA game he was being prepared in and given his age than had he gone to college. All that would have happened differently is he likely gets exposed his first year in college and never makes the kind of money he did. You are either good enough or you aren’t. Even guys that were drafted in the 40’s like Lou Williams, Monte Ellis, Stephen Jackson etc found their way. Likely had a head start and made more money too. If you are good enough, it will work out.

Of course, colleges wanted a piece of Kevin Durant, Zion Williamson, Anthony Davis, Derrek Rose, etc the last 15+ years. They wanted all they could get out of them even if it was limited to a season. The landscape is much different now with the transfer rules. In the past, Kentucky type program had to depend on landing a one and done to get next years stars or fill the holes that were left by the players going to the NBA the previous year. Now with the new transfer-free (agency) rules, you see coaches like Calipari fine with taking the older seniors. Even the King of 1 and done has shifted his focus as this new pool of players has come along with free transfers. He’s also able to pay players now with NIL and keep the groundbound big type players that excel in college like Oscar Tshiebwe. He’s getting millions this year and can make more than he could in the NBA. If you look around now with the NIL, there are many groundbound guys like this Drew Timmie, Hunter Dickenson, Armando Bacot, Trayce Jackson-Davis etc that can actually make more money in college for these type of schools than as the 2nd rounders they would be. It’s made it kind of unnecessary to deal with 18 year olds. They now can deal with 22 year olds acting more like professionals and get the same level of college player. I think college coaches will be fine with whatever now since the NIL and transfer rules are so evolved.

Here are all the player ever to jump directly to the NBA from High School and the number they were picked in their draft.

As far the actual players that went straight from high school from 1995-2005 when it was allowed. It’s really a who’s who list of hall of famers and successful players. The few that never really made it like Robert Swift cashed in and got the back while they could. This is a very good thing for the players, and as a team you have the choice to draft them or not. That’s on you. Change the Rule.

Utah: The Best Offseason in the NBA
The Best Non NBA Team In the World: Where They Would Rank
%d bloggers like this: