The 108 Point Victory and the 1st Week Run Through 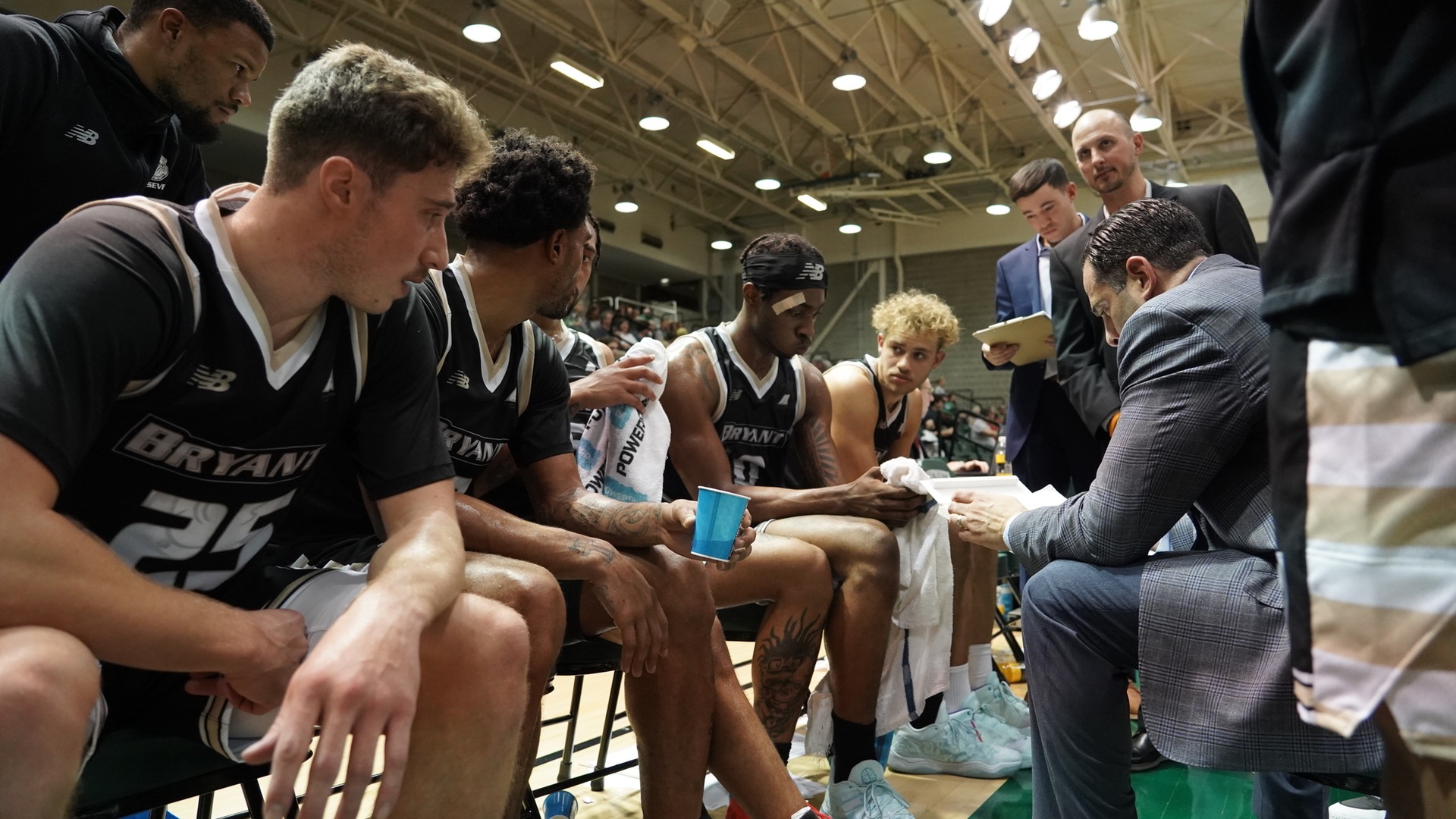 We’ve talked about Bryant University multiple times this summer because I loved what they did in the portal this offseason. We ranked them in our preseason top 100 teams in the country, a top 10 mid-major, and projected them to go to the NCAA auto-bid out of their new American East Conference. This is just sad to talk about them beating a D3 school by 108 points this week……147-39. My god man can you schedule a real team?

A serious team like Bryant with aspirations this year has no business playing non-D1’s. I think all fans would rather see the take a guarantee game or find another quality mid-major to do home and homes with. If they need to financially to get a home game, how about you at least playing someone that better than this who’s capable of defending themselves or at least not embarrassing basketball? The team they played was 4-14 last year in D3. It’s just embarrassing to even schedule a team like that coming off an NCAA appearance. The Bryant coach is out there trying to defend running up the score, which I don’t have an issue with. What he should be questioned on is out of all the non d1’s why a 4-14 D3 team that doesn’t allow scholarships and wasn’t the one he signed up to play. At least find a ranked D2 or something.

Buckle up. We thought Edey might put up insane numbers this season, and our Adjeff model ranked him number 1 in the country. It was only really a question of how much Painter was going to play him. So far the early returns suggest he’s going to be playing 30 minutes and if he continues to there is no question he will put up a big stat line.

This is what we said in our preview this summer.

“I think Edey could be the best statistical player in the nation if any of these guards can actually get him the ball. Unfortunately, I think he will need to be to drag this team anywhere near the NCAA’s. 23ppg 12rpg? I believe a line like that is possible with 30 minutes of run but would that even be enough?”

He was my pick for 2nd in the nation in POY voting. So far so good.

The competition will certainly get tougher, but production per possession isn’t that unsimilar to what he was even doing last year. He’s probably the player I’m most focused on watching how it plays out.

Gonzaga was my preseason pick for the best team in the nation. Losing to Tennessee by 10 points in an exhibition didn’t raise redflags as much for me as barely beating a Michigan State. I believe Tennessee is a very good team, but I don’t think very highly of the Spartans this season which is a bit more concerning. Chet Holmgren could be a bigger loss than anticipated. We are going to know really quickly what Gonzaga is facing Kentucky, Texas, and Baylor in 3 of their next 4 games. We have all 3 ranked in our top 6 teams. This will define very quickly if this is the #1 team. I wasn’t really impressed with UNC’s win over UNCW this week either. UNC also gave up a lot of points to College of Charleston (86) in the second game. Pete Nance hasn’t been fully integrated it seems yet. Certainly, it’s early but these are both teams will worth through some of their addition. These were the two teams I expected to be 1 and 2, and really on a bit of a tier themselves. I’ve not been impressed so far.

Houston-These guys look the part, crushing teams they should crush. Their 5 star freshman looks like the real deal.

Creighton– We’ve been much lower on them than the preseason 9th they are ranked. I didn’t see anything this week to change my opinion beating a team 1 year removed from D3 by 12.

Arkansas Pine Bluff– We aren’t quite as high on TCU as their 14th ranking, but only beating Arkansas Pine Bluff by 1 point is surprising. Arkansas PB is a team we picked to win the SWAC and that we thought added some great transfers relative to their status, but still, this isn’t a game a top 15 teams should struggle this much with. I’ll be keeping an eye on both teams. Obviously, upsets happen but it’s also possible Arkansas PB is better than even we expected, and we were higher on them than most other outlets.

Villanova– They were ranked 16th by the AP, we had them 38th. Regrettably after injuries and losing Jay Wright I think we are going to be close to the reality. They lost to their hometown rival Temple. That’s not a terrible loss, but I think it will be the first of many.

FGCU took down their old coach and USC. They were getting votes in the AP poll, but we had them ranked 69th in the preseason. I’m not surprised by this. FGCU added some nice newcomers and have a really good new coach in Pat Chambers. We didn’t have them in our preseason Mid Major top 25, but this is likely going to be a pretty solid Mid Major team. I’m liking them more now even after they lost close to San Diego in their 2nd game. I think that team is pretty good too.

Emoni Bates– I’ve been pretty low on Bates even though he is still really young. I believe I expected this season to be more of the same and an inefficient showing even in the MAC. Lots of long 2’s, and not doing a lot else of value. That may still happen but putting up 30 points on 19 floor shots on #22 Michigan is an impressive showing. Now we rated Michigan a lot lower than that at 43rd, but I still wouldn’t have expected this game to be close. Even Noah Farrakhan was efficient in that game as EMU only lost by 5 points. That’s a team I will be keeping an eye on I expected nothing from in the preseason but dudes chucking inefficiently. Stan Heath has had a good career, but I was not impressed by EMU last season.

Toledo– I laughed at Toledo getting top 25 votes considering they had a #86 NET last year and lost their best player to the NBA draft. They upset my 31st-ranked team in the country UAB. I’m a believer in those guys and while I don’t jump to conclusions from one game, but that was certainly a big win for them. When we get another week or two of data we will be re-ranking our Top 25’s including Mid Majors. It’s certainly a game that will cause some movement in a future Mid Major top 25.