The Future Is Here 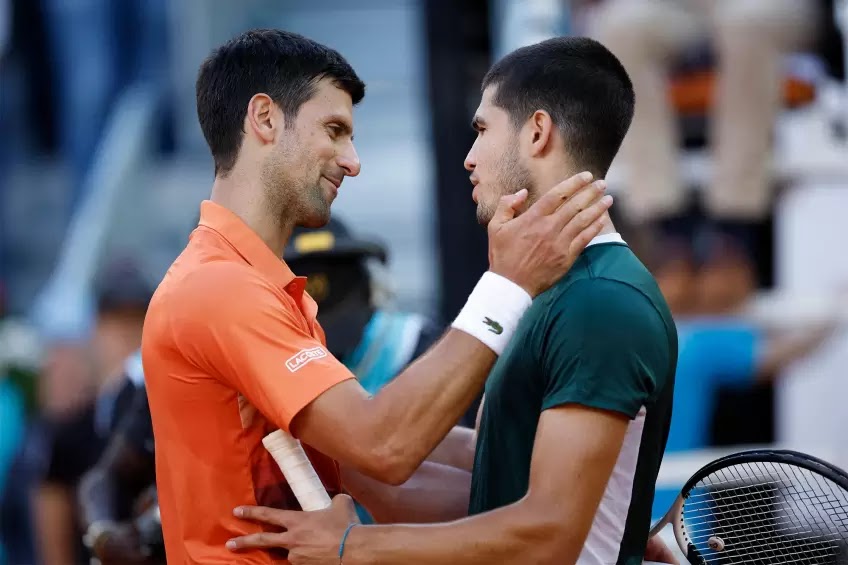 At some point there always had to be a changing of the guard. While Tennis was robbed of a potential Djokovic vs Alcaraz matchup this still feels like the future has arrived even if the past hasn’t fully exited with Nadal and Djokovic still winning 3 of the other majors. Hopefully Federer can at least get back from injury at some point and go out on his own terms as well. It’s just unfortunate that  Carolos Alcaraz didn’t get the chance to supplant Novak on the way or beat someone else who had. Still, Alcaraz has bust on to the scene and he has beat who was infront of him so there is still a legitimacy and resume building  that tennis desperately needed for when there were no more Big 3. The turning of the page has started now and hopefully, we will get a few matchups between Alcaraz and the Big 3 before it’s all over.

A couple years ago Tennis had kind of become a geriatric sport with so many older players ranked so highly, even beyond the Big 3. There seemed to be a pretty solid generation that at the time was under 23 led by Daniil Medvedev that had mostly fizzled the last few years other than him. Lleyton Hewitt burst onto the scene about the time Sampras walked away and was winning big before Federer came on as somewhat of a later bloomer so it’s possible too early to declare Alcatraz the future, but it certainly appears that way.  It’s really the best thing possible is for the sport of tennis really start competing for Majors while a couple of the Big 3 are still on top so there could be a passing of the torch. Hopefully, a true passing where he dethrones one in a major before it’s over.  Djokovic especially still seems to have a few more great years in him if the tournaments will let him play.

A generation couldn’t take it from some old men it seemed after the Big 3 were all on the other side of 30.  Guys that now are in their late 20’s. That wasn’t  good for the sport and even if Djokovic goes on to play 3 more years and dominate Alcaraz it still might now but, but I do not envision that.  Hopefully, this reignites some fire and focus with Djokovic in particular and he is allowed to play and whatever is left of Nadal and Federer’s bodies that allows them to play.  At least Agassi and Sampras were more a true passing to Federer, Hewitt etc. So was the McEnroe, Conner, Lendel, Becker, Edberg to Sampras Agassi, Courier one. Tennis needs one from Djokovic to Alcaraz.

Tennis is going to take a hit when the last of the Big 3 retire, there is no way it doesn’t much in the way the NBA took a hit when Jordan stepped away. Granted in tennis with 3 greats at least they will likely will go at different times and not all at once so hopefully that eases the transitional period. This would be similar to how Agassi hung around after Sampras retired and after the rest of his generation were long gone or irrelevant like Courier/ Chang/ Martin. He helped bridge the gap to Hewitt, Safin, Ferrero, Roddick and Federer generations and give them some credibility for taking it from him as an all-time great.

I think there is a good number of talent 25 years and under in tennis right now, not just Alcaraz. The real key to the health of tennis was for one of these young guys to emerge and take a couple majors from the Big 3 while they are still near in the top 5 and on top of their game. That’s the best case scenario for the sport that they see as taking the torch from them and not having it dropped at their feet as they exist. Alcaraz will hopefully have a chance to meet Djokovic or Nadal in a grand slam while they are still top 5 before it’s over for them so we get that true handing off.