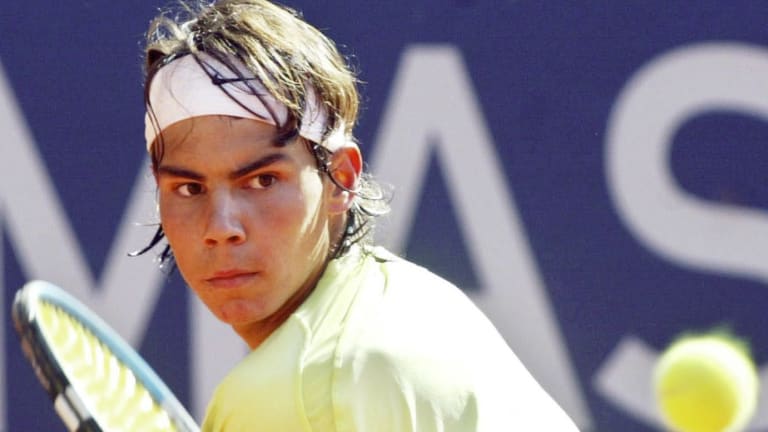 The Prince of Clay at that point, could he have become the kind sooner?

2003 I don’t think he was ready to win the French, especially considering Juan Carolos Ferrero was a champ that year and a world class player at his peak. I do think Nadal was a legit scary player even at 16 years old though. He had already beat A. Costa who was 7th in the world that January and Carlos Moya who was 4th in the world by May and was ranked 74th. Clearly, he was on the accent and could have threatened a second week run probably. He had already made it to the 3rd round of Wimbledon the year earlier.

2004
This is a lot more interesting year. The eventual winner Guidio wasn’t a world-class player, he wasn’t even seeded at the time. This seems a like this one was there for the taking. Nadal had already beat #1 Federer in March and was up to 34th in the world at the time of the injury. Doubt he would have won but it’s one he would have been a legit contender.

It’s a fair point to consider, but when Nadal had already beat #1 Federer just a couple months prior in straight sets and 5 or 6 other top 15 players by that point including 2 other top 10 former grand slam champs in Costa and Moya I think that’s bigger for confidence. He had to feel like he could play with anyone already at that point. Many guys that had solid careers never beat the #1 guy or have 3 top 10 wins over former grand slam winners.

I think these phenoms like this don’t lack confidence anyway, he had probably already been told from the time he was 8 years old how great he was. Looking at his history he didn’t have the kind of early failures Fed did either. He was pretty much shocking people from an early age and doing things rarely seen at such young ages that probably only reinforced the confidence and what for most would be delusional confidence at that age. Generally, I think most of these players hit the pros and have a struggle period and reality check but he never really got that.

Nadal was really one of the last men’s young groundbreakers.  Carlos Alcaraz just became the first man to reach a semi-final in his teens since Nadal.  He beat the #81 player in the world in his first ATP match at the age of 15 and never really slowed down. He was a top 50 player in the world by 17 in 2003 and number 2 in the world by 19 in 2005. Had he not fractured his ankle in 2004 I think he has his first French that year.  It’s less clear in 2003 when he fractured his elbow. I don’t think with a world-class player like Juan Carlos Ferrero winning it, and given Nadal’s age you could assume he would have won that one.