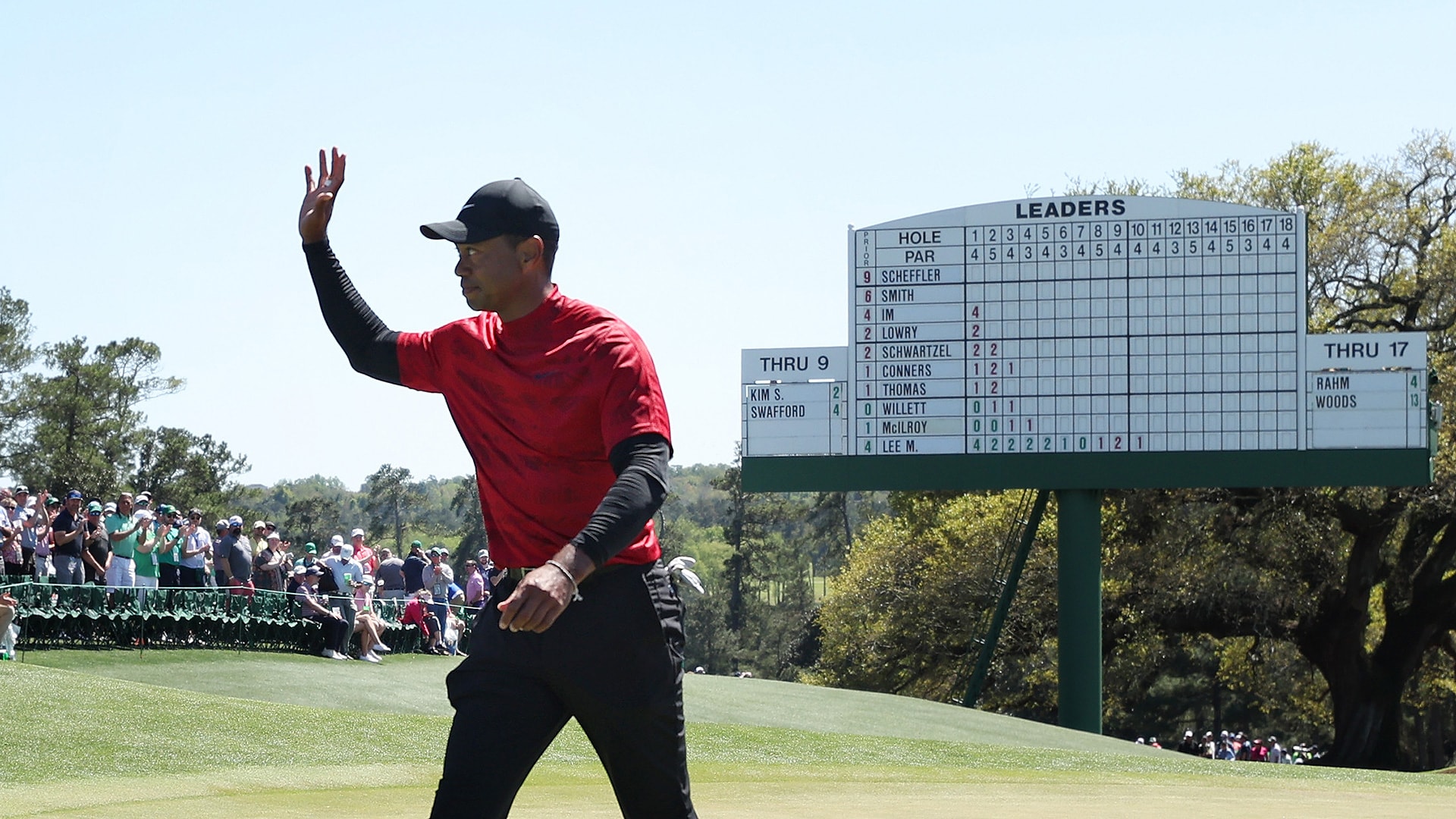 Is Tiger done this time? The injuries and age are adding up now, with a fused vertebra, a leg that was nearly lost to a shattered ankle, two leg fractures, including a compound, then previous knee injuries the list goes on. If the body never allowed him to play again that would be understandable, but he has returned and played 3 Majors. Even with the severity of the injuries he has stated he can play through the pain, it just seems to be more how worth it is. The injuries at least were mainly to the right leg which is a bit of saving grace as most of the weight transfers to the left when he swings.

The real question becomes can you just show up and play the majors and expect to compete? I believe that you can. There are plenty of examples of oldsters that pretty much just show up off of limited schedules like Nicklaus or Watson and have posted top 10s. I certainly don’t think that is out of the question for Tiger if he’s playing any Major, especially the Masters or a course he knows well. The odds would greatly be helped if he was playing more though. So how much is it worth to him now? If he takes another year to fully recover from whatever limitations and pain he is left with he will be around 48 years old.

I can’t see Tiger ever playing a heavy schedule even if he commits to come back in some limited form, more than just playing the Majors. Something similar to what he was playing in 15 tournaments, maybe even as few as 8 to 10 would greatly increase his chances in my opinion if he could just ramp it up before the Majors. Hopefully, it will happen, and Tiger can make it back in a more meaningful way. At this point, just getting back to the Top 100 or winning any tournament would be a great comeback accomplishment. Just playing again was an accomplishment, but the car crash may have taken whatever the last chapter could have been. Tiger Woods net worth was an estimated $800 million in 2022, it’s not been about the money for a long time.