When Do Players Peak: Player Progression 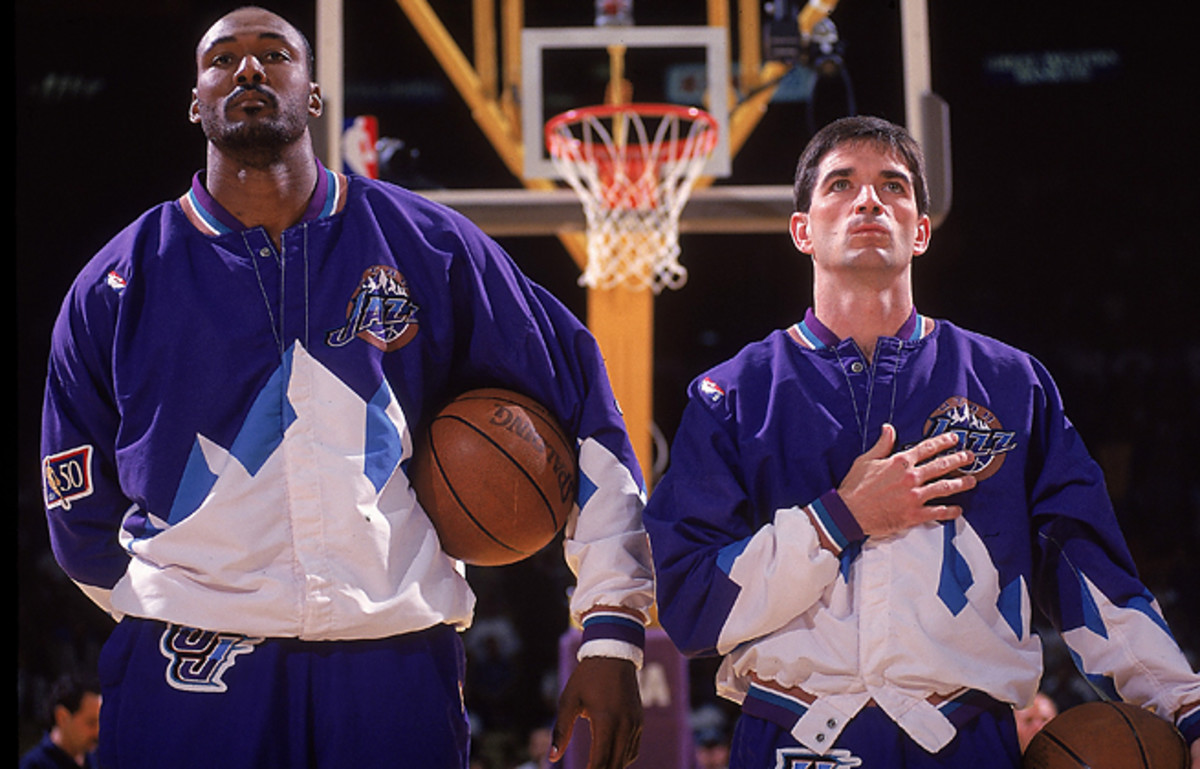 I’ve long found this topic fascinating and with the help of a per possession advanced stat like Player Efficiency Ratings, it’s fairly easy to see when players are at their most impactful and doing positive things on a basketball court. Before starting this project I felt like 27 was typically the best mix of level of experience and athleticism. I think the athletic indicators start to fade more around 23 years old but the knowledge and experience seem to offset that. This is true for many things in life, even most chess players peak around 27. What you will see in this exercise is just how often the 27 year old season is the peak. In basketball the exception seems to be the highly athletic players that rely more on athleticism who really have their greatest season around 24 years old. Lets start at the top with the two best examples.

Jordan maintained greatness for most of his career but he pretty clearly was at the peak of his individual powers from age 24 to 27 years old. Very clearly his “prime”. The 24 year old season was the All Time great year where he averaged 35ppg on .603% true shooting. All 4 of these seasons were his only seasons over .600% true shooting, with that 24 year old season being his peak.

Lebron James prime also pretty clearly spans from age 24 through 28 with age 24 also being his peak individual per possession season. The only year in those 5 seasons not in his top 5 is his age 26 season where he transitioned to Miami and it took some time to get adjusted playing with Bosh and Wade.

Magic and Larry will always be connected in history. They are also two of the more interesting examples registering many of their greatest seasons post age 27 which isn’t the norm. Bird even has his best per possession season at the age of 31. Both players relied more on skill and their size and didn’t possess elite athletic ability, I think that is what allowed for this.

Malone is the biggest outlier for sure among the greats. You have to wonder about possible enhancements given the era.

Stockton has one of the more interesting careers ever IMO. He was essentially the same per possession player at age 40 as he was his entire career. There is very little variance at all.

Chris Paul is often compared to John Stockton as a small PG that should age well. Pretty clearly though he was at his peak earlier than most. He’s just been able to maintain a solid level of player into his 30’s. He’s one of the earliest peakers.

Another small guard that peaked early.

This one is very interesting in that Wilkins was a player that relied on his athletisim and also peak later than normal. Looking at the stats some of it was driven it seems by an outlier three point year where he maded .38% and 1.7 three’s a game. To add to the crazyness Wilkins tore his achilles the year before when he was 32 years old. Comes back the next year and verages 30ppg and has his best season ever at age 33. That’s one for the record books.

From one of the earliest peakers to one of the latest. Olajuwon is one of the only ones you can really point to that had their best 4 seasons in their 30’s. Especially their 2 best clearly. I think he’s a player that came to basketball later in life and developed his skill level later on is the best explanation here.

His age 31 seasons was technically the best but he only played 6 games so that’s a noisy sample. David Robinson was also a player that grew much later than most players. He was 5-9″ as a Junior in HS, 6-6 when he entered college, and 7-1 feet by the time he graduated College and also didn’t join the NBA fo 2 years while in the Navy. He’s not example of the typical career trend.

Ewing’s age 35 season was only 26 games. It could be a little noisy.

This one was interesting in that as a small guard Iverson was actually able to have his peak season at age 30.

I had to include Carter as one of the most unique players, not as an all time great but as a guy that might have the greatest leaping ability ever and who was able to play until age 43. As a player that relied on athleticism early he peaked earlier.

As you can see the number that keeps coming up over and over is 27, with most greats peaking somewhere between 24 and 27 with a few exceptions, usually being some post players who typically age better. Even most of them usually peaked around 24-27 though.

The average peak 1st age of all the players listed above is 26.92.