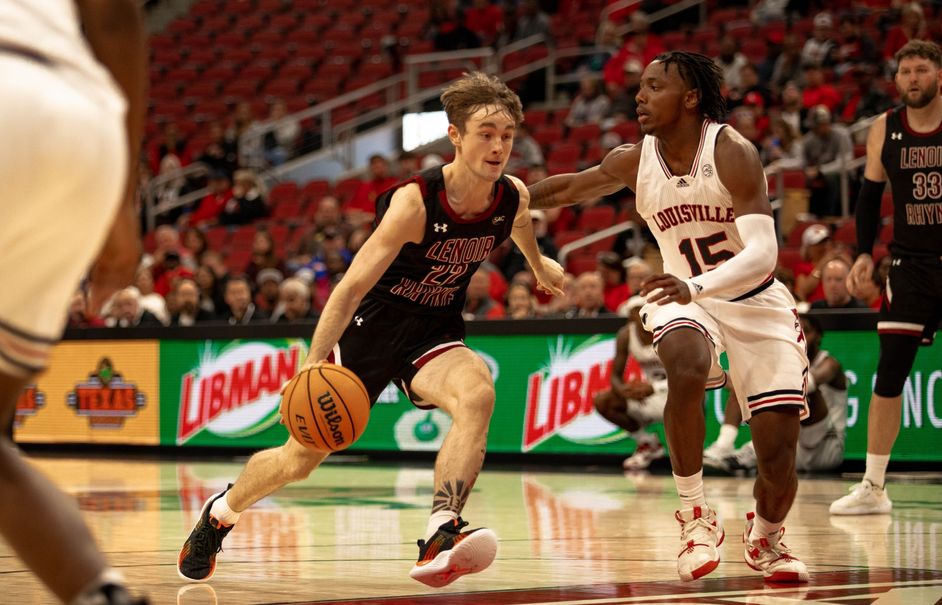 Louisville started the Kenny Payne era with a loss to D2 Lenior-Rhyne in an exhibition. While some teams have lost in these non-D1 exhibitions before and recovered to have decent seasons this is a major red flag for me. We didn’t expect Louisville to be very good, but this may be even worse than expected because this Lenior-Rhyne team is coming off a season they were 10-18. It’s not even a good D2 team and Louisville fans should be concerned if they can’t score any better vs a team of this quality. What makes it even more scary is Lenior Rhyne was 7-28 from three for 25%, and 20-56 for 35.6% overall and STILL WON by 10 and their best player and leading scorer from last year and best player 6-9, 220 TJ Neismith (14.5ppg, 3.9rpg)didn’t even play despite being on the roster. They also lost their 2nd leading scorer off the 10-18 team as well. Louisville shot 14-48 for 29.2%

Here were our thoughts on Louisville from our preview this summer.

Louisville is one of the richest handful of programs in the nation. They could have just about had any coach they wanted and they hired a 56-year-old alum rookie head coach. I expect he’s more qualified than Jon Scheyer but it’s underwhelming to me in a similar way. There are so many proven coaches that would have wanted the job that has actual head coaching records. The best I can say about his assistant resume is that he’s been around the block and coached multiple coaches. That’s better IMO than just having exposure to one way of doing things. Still, if I had the choice to hire a coach I’d rather have Chris Mack than Kenny Payne.

I’m not impressed with the team Louisville has returning. Sydney Curry is the only player that pops statistically in the minutes he’s played, and he can’t even get on the court. Hopefully, Payne will recognize that and play him more. When your best-projected players are El Ellis, Brandon Huntley-Hatfield, and Jae’Lyn Withers I can’t say I have too much hope for you staying out of the bottom of the ACC. Factor in a first-time head coach and there has to be some learning curve. A lot of people like Huntley-Hatfield (3.9ppg, 2.9rpg 12.6 PER) more than I do, but he barely played at Tennessee. When he did, he wasn’t even good. If he’s who you are planning on getting you back, good luck.

I think El Ellis, Brandon Huntley-Hatfield, and Jae’Lyn Withers are all more role players types on good teams. That only leaves Curry or freshman K. Lands to emerge to take them to another level. Lands was a 4 Star Top 65 type recruit and now will be going against players as old as they have ever been in College basketball. That’s a tough ask for a freshman.

Gonzaga got blown out in a scrimmage on a neutral court to Tennessee to 80-99. (It was for charity which is how they were able to play for the public) While I certainly see major redflags in the loss by Louisiville, I’m less concerned by the Gonzaga stumbled. We had Tennesse ranked 7th higher than the AP, so for me this is just one elite team having a better night than another elite team. I still believe Gonzaga is the best team and will finish in the familiar #1 NET spot. It’s still noteworthy, especially to point out how well Tennessee played, and specifically Treke Key with 26 points. We had Key as one of the top transfers in the nation and the 51st-best returning player in the nation by ADJeff, so it comes as no surprise that he can play at this level. What is a bit of a surprise was how little Malichi Smith made and that he was coming off the bench. We had much higher hopes for him after how well he played on a good Chattanooga team and an under rated Southern Conference schedule. I expected him to be Gonzaga’s 2nd best player, and it doesn’t appear Few has confidence in him right now but he didn’t have a bad game going 2-4 with 5 points nad 4 rebounds in 18 minutes. Ultimately it’s just one game, and it doesn’t count really for either Gonzaga or Louisville, but there is information to glean from both losses.