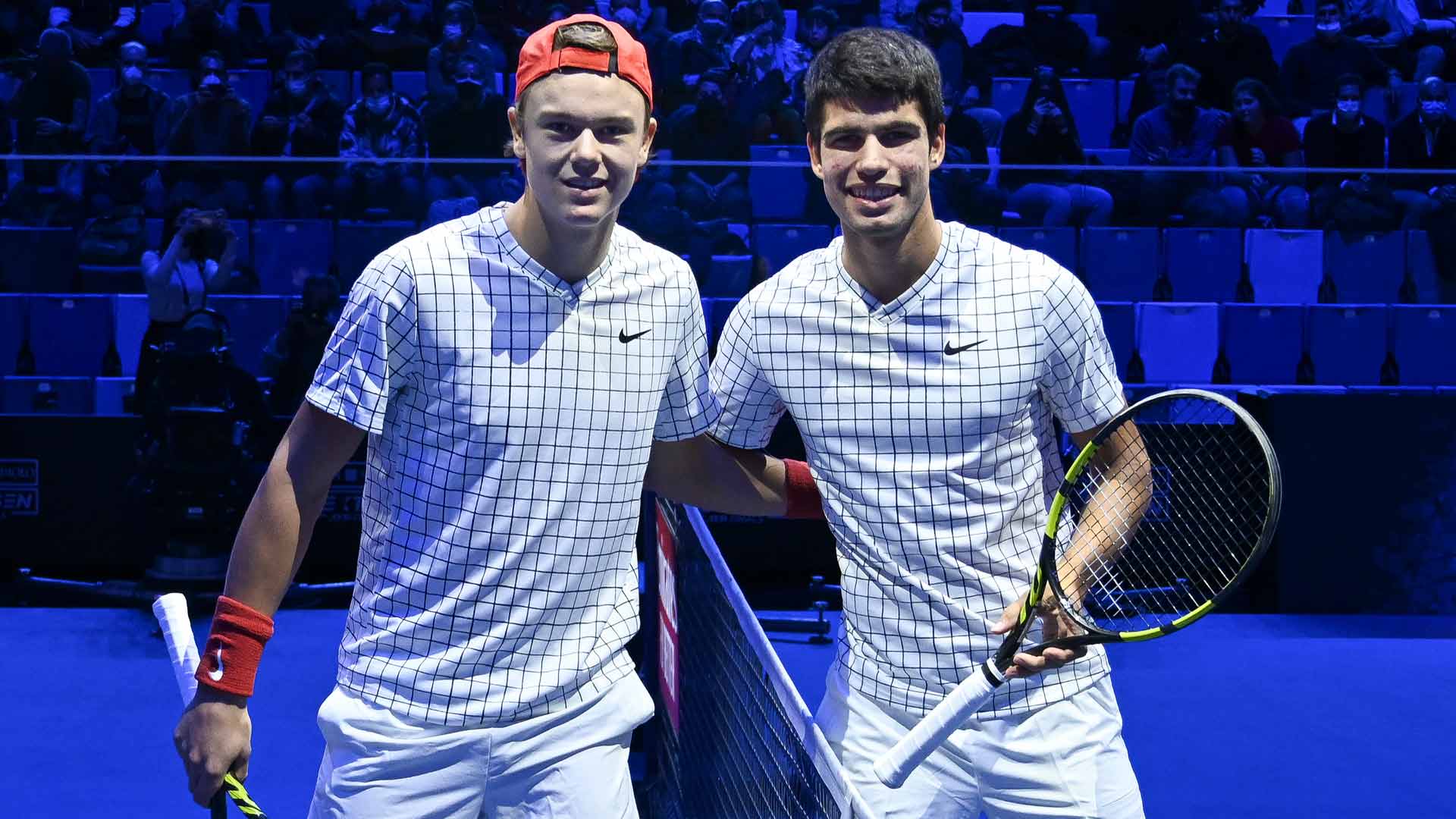 We are in a very interesting period of tennis right now. We have in my opinion the two greatest players that ever lived in their last chapter. Novak Djokovic and Rafael Nadal could have potentially as many as 5 more years playing the game left considering where the level of their game currently is. While I don’t expect Nadal to last that long, I do believe it’s an all-out arms race between Djokovic and he at this point that will keep them playing. I believe both will hang on as long as their body or family allows them to be a threat. Unlike in the past, we now have a young generation that is here ready to replace them. Multiple teenagers and players in their early 20’s fill in nicely behind them. Let’s just set our expectations the next 3 years and the next 5 years based on when players normally peak, and other all-time greats that played until their late 30’s early 40’s. I believe we can get some educated idea of what the end-of-year rank may look like.

We did this exercise for the NBA earlier this season as well if you are interested Link . Tennis as an individual sport seems more cut and dry and easier to project without the team dynamics/usage etc. Injuries can always be a major unforeseen factor. At this point, I think you have to bake some of the injury histories in for 35+ year-olds and expect it though.

We’ve also profiled tennis phenoms who arrived at early ages like Carlos Alcaraz. That was prior to 19 year old Holger Rune’s arrival to the top 10 as well having just taken down Djokovic for the Paris Masters. It’s a very exciting time. Let’s just project for fun. Obviously, there will be players we don’t see coming at all, or that massively improve, but this is my best guess of where we may be sitting in the rankings at the end of the year in 2026.

Let’s take a current look at the top 50. (We are going to assume the Covid/Wimbledon mess of the last season that has these rankings skewed some sorts itself out and guys can play all 4 majors)

Here are some interesting young players you may not have heard of yet that deserve some consideration.

Here is my best stab at the end-of-year rankings in 2025. Obviously, there will be players wrong, or some in the rankings we’ve probably never heard of at this point, but I’d go with most of these guys being ranked in a similar outline assuming health studying the natural progression and when most players are expected to peak.

The majors are much more of a guess, but I think we see something like this transpire but this is the chalk I’m expecting for the next 3 years. I believe Djokovic if he’s allowed to play is still the best player and will win 2, possibly even 3 next year. Nadal I think can still win on clay next year. 2024 I do believe he might lose to Alcaraz. I’ll give it to him, but by 2026 I think Alcaraz and Rune start to take over the majors and top 2 spots. Nadal’s probably still a thread on Clay and Djokovic on all surfaces in 2026, but unlikely to win one unless it’s unexpected.

Rune hasn’t done anything on grass yet, but I think his game lines up better than Alcararz. I don’t see a major threat on that surface outside of Djokovic in the short term. Perhaps that’s the one a Zverev or Tsitsipas could steal. Even a player like Kyrgios out of left field could potentially pop at Wimbledon. I expect some unexpected winners over the next 3 years as the big 2 release their grip and before Alcaraz and Rune truly peak, but this is who I’d favor.

Unfortunately I don’t think Nadal’s body will allow him to play until 2027. That said I wasn’t sure he’d even make it this long a few years ago, so it wouldn’t shock me. Djokovic I believe could still be a top 3 to 5 player even at 40. It will be a question of motivation, especially if/when Nadal retires. I think he could retire shortly after. Both are still playing with an eye on the all time Slam record which could keep them going if they are close and still playing at a top 10 level. I do think Djokovic has the chance to still be ranked highly and still contending of the two by this point. I base that on how good Andre Aggassi was at 35 years old, when a similar generation of young players were arriving on the scene. This feels similar to me, and Djokovic is simply better, so I could see him still in a similar position at 40 as Agassi was at 35 relatives to the upstarts. Also how well Roger Federer was still playing at 38 and 39. I expect a similar but slightly better trajectory with better health. Top 5 doesn’t seem unreasonable even at this age.

Alcarz and Rune I would expect start to get a stranglehold on the majors around 23-27. There will also likely be names we aren’t expecting too. I took a stab a couple that are doing notable things right now at very younger age, but we won’t expect some names. A player like Ruud might take more of a step than I expect as well.

We’ll keep this up and track it over the years and see just how wrong I am. If you read this article I’ve been wrong before in a good way though. I’d like to think I’m wiser now with deeper study, and simply how we all have a better understanding of how well older players can still play after 35 years old.