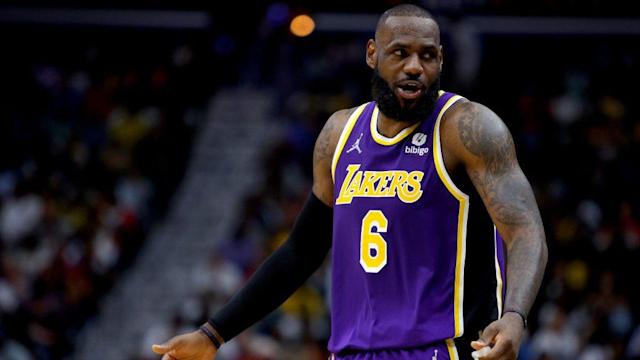 Bellow are each of his best season along with age, the trend is he’s was a better free throw shooter when he was younger.

Lebron has even talked about goals of cracking 80% the last few years like it’s hitting 50 home runs or something. I came across his High Schools stats and it’s very interesting. Lebron James shot 79.7% free throw’s as a High School freshman. He averaged 18ppg so this had to be on some decent sample size.

If this is accurate, Lebron had his all time best season free throw shooting season in competitive basketball, when he was 15 years old. Wow.

It had dropped to 59% by his Jr year and is still higher than his all time NBA high of 78% in his age 24 seasons. You would think after all the 10’s of thousands of free throws the guy has shot between then and now he would have at least one season over 80 percent considering the first time he picked up a basketball in organized play he was about as close to 80% as you can get.

What has always also fascinated me about Lebron James is that he’s a natural left hander. The story is he wanted to be right handed like Jordan so he changed his shot even though he does everything else left handed. This is not normal and probably has even hindered his greatness some even though he has managed to teach himself how to shoot three’s well and free throws and jump shots respectably.

There are other famous cases of this like Russell Westbrook who is also a natural left hander, and Ben Simmons many suspect is a right hander in reality the way he finishes around the rim with his right hand naturally as his go two. Westbrook obviously has had poor shooting seasons recently especially in free throws, but I think most of that can be attributed to a rule change that force him to change his free throw ritual.

There are even some natural advantages of being left handed like Lebron and Westbrook. Shooting the way the defenders hand matches the shot and it being slightly unexpected since it’s less common can be advantageous. I believe there is pretty strong evidence that all three’s careers would have benefited from shooting with the natural hand they do everything else with in the case of Lebron and Westbrook. How could it not, and it just leaves me wondering how great all three of these players could have been if in fact they were not shooting with their weaker hands which some the evidence supports is the case.