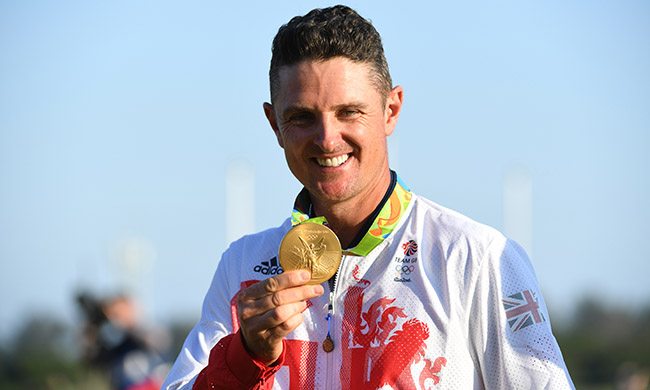 Golf was first played in the Olympics in 1900 and 1904 and then discontinued for over 100 years. It was reinstated in the 2016 Olympics in Rio. Brazil didn’t have much of a golfing community, and the course it was to be played on had to be constructed. Adding to the issues that year was the Zika virus rampant in Brazil and the normal other issues associated with Rio as a less ideal host city. As a result, many of the world’s top players that were top of the world and would have qualified took a pass like Jordan Spieth, Jason Day, Rory Mcilroy, Dustin Johnson, etc. With only 4 golfers allowed to qualify at most per country, team USA would have been extremely difficult to cut if everyone was committed. More difficult than the Ryder or President’s cup which players, by contrast, seem eager to play (despite no pay as well).

All things considered, I though the 2016 version came off about as well as one could hope. Team USA still fielded a quality team with Ricky Fowler, Matt Kucher, Patrick Reed, and Bubba Watson. Some of the other top players in the world like Justin Rose, Henrik Stenson, Danny Willet, and Sergio Garcia showed up to represent their countries. The field ended up being pretty decent (285 rating) and the winner was given 46 world ranking points, which should have added to the draw unlike the Ryder Cup or President’s cup. All off the medals were won by the some of the top ranked players in the field with Rose, Stenson and Kucher. That really helped the most give it some credibility.

If Marcus Fraser, who finished 5th, had taken gold maybe it’s viewed as less. All in all I thought it worked out and would then be a lot easier in 2020 (played 2021) for players to go to Tokyo. A city with a rich golf history and fewer infrastructural problems. Then Covid hit and created its own set of issues. Again some of the best in the world decided not to play which was understandable with the covid rigors. As Louis Oosthuizen “they didn’t make it easy for us”. That was probably an understatement. The field was still slightly stronger with a 319 rating than the previous edition, and Xander Schauffele took home the gold. For a player who had yet to win the biggest tournaments yet, I do believe this is a win he can celebrate. I also believe history will look back on it eventually better than many golf fans perceive now.

The real test for Olympic Golf will likely be in just a couple of years in 2024 Paris. Barring another unforeseen virus situation, there will be no reason for any player to skip golf hosted in a major European city. Le Golf National is a course that has hosted the oldest tournament in continental Europe since 1991. I’m interested to see how this version will be retrieved. If some players still pass then maybe it never will reach what it could become. There is also the LIV issue and if those players will even be allowed to play. It doesn’t appear they will, but that’s a long time and I would expect some resolution on world golf ranking points, perhaps.

I don’t buy the excuse these are millionaires, they don’t need it, etc. Team USA in basketball is a sought-out roster spot, despite the winners being a forgone conclusion for the most part. These are extremely wealthy players that in many cases are riding the bench. It’s still viewed as the place to be for their brand. The way the Ryder Cup is viewed as well I think does give me hope Olympic Golf can establish itself. Olympics national park, winning for your country has to be meaningful. Looking at Olympic Tennis’s history when it was brought back, it took a couple of Olympics to establish itself as well. I believe it’s a legacy builder. Agassi won all 4 majors and an Olympic gold, which they call the Golden Slam. It could be a similar goal and resume builder for golf eventually. Paris will be the test.